In the series about size shots we will now talk about – wide shot. Shot sizes are part of the imaging system, that was originally introduced by film theorists, in articles that tried to create a systematic understanding of film through the analysis of images, editing patterns, shot composition and ideological tendencies of certain directors. Shot size helps establish the rhythm and meaning of the scene.

A wide shot is in a certain sense “natural-looking”, showing the whole figure from the top of the head till the feet. A wide shot is cleaner than the American plan (legs are cut out from a figure) however its utilization is smaller. Filmmakers use wide shot rarely.

A wide shot is also ideal for an emblematic shot (a shot that conveys complex, associative ideas by the arrangement of visual elements in the frame).

The wide shot doesn´t showcase facial expressions of a character so clearly, they can be used to limit the emotional involvement of the audience, preventing them from seeing emotional cues they would normally get what a close-up or a medium close up.

It is commonly used to gradually increase the emotional involvement of the audience when at the beginning of the scene you begin with wider shots and the climax of the scene is in details.

The distance necessary to include characters in their entirety makes the long shot less than ideal to show behaviour and facial expression which can be sometimes used to establish suspense and tension to the scene. 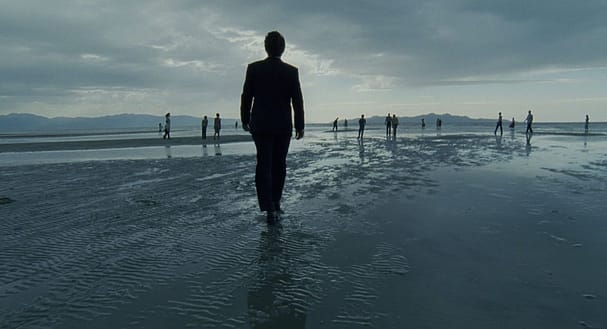 This is a picture from “Tree of Life” by Terrence Malick. We see a dream/alternative reality scene. The main character is in the foreground looking at the wandering people. We see all the figures as silhouettes to underline the anonymity the main character is also becoming.

This is a scene from “The Master” by Paul Thomas Anderson. This scene´s underlying theme is about freedom and crossing the borders. They are in the desert watching a man ride a motorbike at high speed far away. Each of the captured characters has a different relationship towards the person we don´t see and you can see it portrayed in the character´s gestures. The desert environment where you can see far away symbolizes all the possibilities open in front of yourself.

This visually poetic Polish film “IDA” is about a young nun who decides to leave a church and goes on a journey with her aunt. Here you can see Ida leaving the church behind.

In the cult movie “The Piano” main character has moved to an island with her husband. Natives took all her belongings home but they left the piano on the beach. Now the main character is desperate because the only way she is able to communicate is through music. In the scene is an established relationship to the sea as an obstacle.

Scene from the famous movie “Eyes Wide Shut”, when the main character accidentally will visit secret gathering. Now all eyes are on him to welcome him. Here you can see only the eyes of the figures is enough to create tension and curiosity.

In season 1 of “Top of the Lake” detective series, we see a character entering a piece of land called Paradise and the landscape does really look like paradise, however later in the scene, we will find out that there is an older woman living in containers looking for a paradise in themselves, vain lives while this little girl is coming with a real problem. This shot establishes a scene where the symbolic meaning of paradise is questioned.