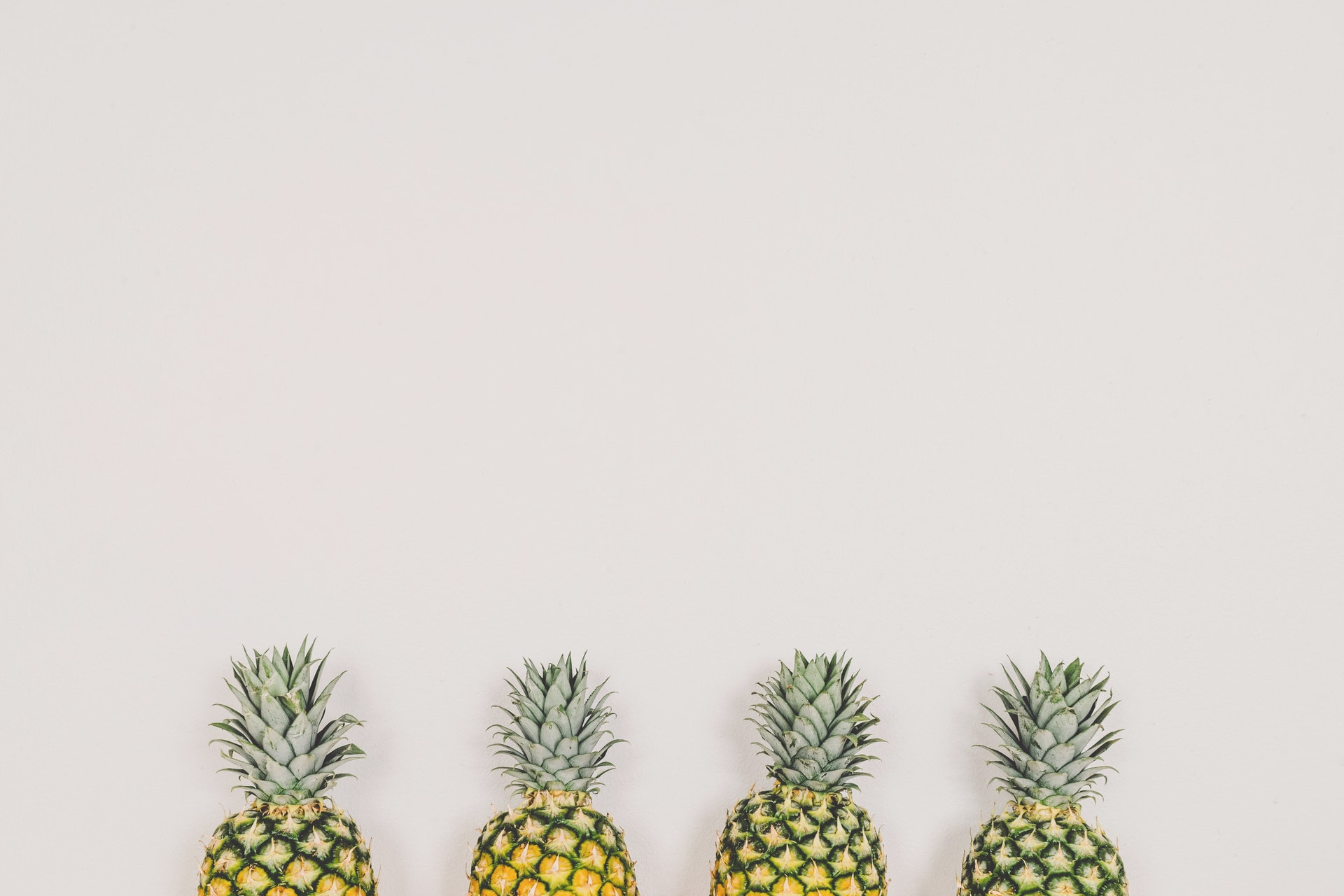 The Big Four Elements of a Film

When on December 1895 the Lumière brothers have projected the very first moving picture, they probably didn´t imagine where the evolution of film is headed. Throughout more than 125 year-long periods, a couple of essential film history moments gave rise to the big four elements of the film, and I will briefly talk about them in this article. I will go deeper into each topic in separate articles. 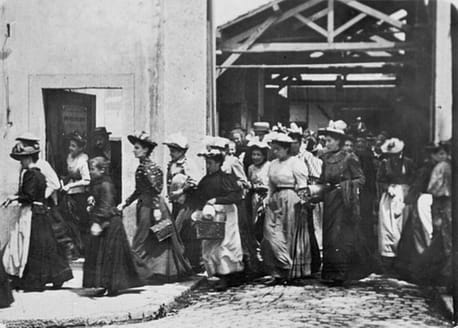 WHY ARE THESE BIG FIVE ELEMENTS IMPORTANT

Firstly it is good to understand that all of the elements are equally important, but usually, we will memorize visuals more than sound. However, the ratio of importance between visual and sound is 50/50. The Big Five elements serve as a communication medium. It translates a story into a unit we can comprehend with our senses. It is super important to understand how these elements relate to each other and how to manipulate them to achieve wanted emotions in the audience.

The most known from all the elements is mise-en-scène. After watching a film we may not remember editing, camera movements or voice-overs but we remember costumes from “Gone with the Wind“. We remember the suggestive atmosphere of misty streets from “Deep Sleep“, we remember how Katherine Hepburn splits golf clubs of Cary Grant in “Philadelphia Story“. Basically many memories from films are linked to mise-en-scène.

Originally this French term means to put on the stage, coming from a theatre director. Filmmakers took this term and began using it for film directing. It labels the director´s control over, what we see in the film frame. It includes the same elements as in theatre:

There is one circling prejudice about mise-en-scène and that is a question of how realistically and credibly a scene looks. If we are watching the period film, we expect cars to be from that period. However, some gesture from an actor can take as away because people in real life don´t react that way. The problem is that concept of realism depends on culture, the year when the film was produced and a specific person. We should stay open-minded about what possibilities a scene can offer and examine the function of mise-en-scène.

A) Famous celebrated realistic movie “On the Waterfront” with Marlon Brando from the 1950´s today looks stylized.

B) From the movie Cabinet of Dr. Caligari, unrealistic capture of roof ridges is suitable because the film underlines the ravings of a madman, it is inspired by expressionism

Closing the door, leave in the wind, waves hitting the shore, it all can gain drama and is part of the environment of mise-en-scène. The environment can become part of a narrative story. Properties (props) might be part of the scene as well.

In the movie “Wild” (2014), the character played by Reese Whiterspoon walks her path with a monstrous backpack which is a symbol of retribution for her sins. Different parts of the path she is walking reflect her inner world. The same principle comes from the film “Mission” (1986), where Robert de Niro character pulls the load for forgiving of his sin.

Similarly as environment, also costume can fill specific function in the whole story. In some films, costumes can be very stylized to attract attention by their artistic quality. Costumes can play in storytelling important motivational and causal role.

EXAMPLE: Frederico Fellini´s “(8½)“, the main character always wears dark glasses, that protects him in front of the surrounding world.

Mask is usually created so they underline the actor´s facial expression and simultaneously in a way we don´t pay attention to the make-up. A makeup artist can create a wider or narrower face. The shape of eyebrows can make the character look happier, etc.  Makeup can help an actor´s performance.

This section will contain most important information about lighting that I have learnt during my Master Degree, there is a lot of technical methods how to achieve certain kind of lighting, however, it is really important to understand the function of lighting in the film.

The impressiveness of the image is considerably influenced by manipulation with lighting. Lighting in the film enables us to see, what is happening. Darker or lighter parts of the image help to create the overall composition of each shot and aim our attention in a specific direction. The highlighted part of an image can lead our eye to important gesture, while shadow can hide detail or expand tension. The lighting emphasizes texture: the shape of a face, the surface of a wooden table, spider web ornament, etc.

There is a lot of articles and videos about technical aspects of lighting, so I won´t expand on that here.

Here goes into the quest for the realism of acting because in time acting schools develop and audiences perception grows. Acting realism isn´t always the best lead as there is a wide variety of acting techniques and each film is asking for a different one.

Filmmaker stages an event, which should be shot through mise-en-scéne. In questions how can filmmaker make a decision for specific choices, there are three aspects:

Since the ’20s of 20th-century filmmakers started to realize all the abilities of editing and became the most talked-about film methods. We can understand editing as coordination of one frame with another. Usually, the editing of a film follows some logic of development (e.g., an image of a woman staring into off-screen space followed by an image of a ticking clock, the object she is presumably looking at) or is meant to make some kind of statement through juxtaposition that might require the viewer to “fill in the gap” (e.g., an image of a pompous politico giving a speech followed by an image of a monkey hurling excrement).

Martin Scorsese talks about the fact that a big part of the work does a viewer himself because he imagines the relationship between these two frames and thus creates a unique context.  Editing serves for constituting composition relationships and rhythm and building a film story environment.

Whether we realize sound or not, it is a powerful film method. It induces a specific feeling. Connecting sound and image invokes something rooted in human consciousness. Sound is often understood only as a supporting element of a film but sound can actively direct our understanding of film. Sound also gives new value to silence. The silent passage is able to create unbearable tension and make a viewer intensively watch the story.

In the context of a film, moreover, the sound falls into two categories: diegetic and nondiegetic. Again, the film’s diegesis is the world of the film’s story; this includes events that are presumed to have occurred and actions and spaces not shown onscreen. Diegetic sound, then, includes any voice, musical passage, or sound effect represented as originating within the film’s world. This can include the sounds of cars and conversations during a scene depicting a busy metropolitan street. In contrast, the nondiegetic sound would include mood music or the narrator’s commentary represented as coming from outside the space of the narrative (think of most film scores). One of the biggest advantages of sound is that it has the same amount of artistic possibilities as editing.

Look at the cult scene from “Seven Samurai” by Akira Kurosawa, it uses a very minimalistic approach to sound design yet the outcome is extraordinary.

In conclusion, The Big Four Elements of Film consists of mise-en-scéne, cinematography, editing and sound. The best way to understand how to use these as a master filmmaker is important to watch films and elaborate on what you like and what you don´t like and why.