“Wanting to become famous is not the right way. You have to feel within yourself, that there is something really important you have to say and that it’s something only you can say.“     Margarethe von Trotta

I would like to apologize for being a little bit inconsistent with the new content. To explain me I have been preparing a supreme course for movie editing  (there is a separate article coming about the course that you shouldn’t miss!). However, I would like to make it up to you with the series of articles focusing on great female filmmakers and their acquisition of the cinema. As I delve deeper into discovering all the nuts and bolts of cinema history I came across many interesting facts I feel is a great way to encourage your own journey. Last but not least VisualisThink have been listed in prestigious Feedspot filmmaking blogs listing.

In this article you will learn about who is Margharethe Von Trotta, her progressive cinematic style different from male directors. Also I don´t know how about you, but sometimes I find myself full of doubts. What really helps me is a source of inspiration. This article is one of its kind – inspirational.

Who is Margharethe Von Trotta

In first article from the series INFLUENTIAL, I will cover importance of the most influential female director of not only New German Cinema but also world cinema. Margharethe von Trotta has been called “the world’s leading feminist filmmaker.” Her filmmaking style is sometimes compared to Ingmar Bergman´s cinematic style and he personally praised her that von Trotta gave him courage to continue with his work after watching her film “German Sisters”. Von Trotta was also a first woman to win a Golden Lion from Venice Film Festival. 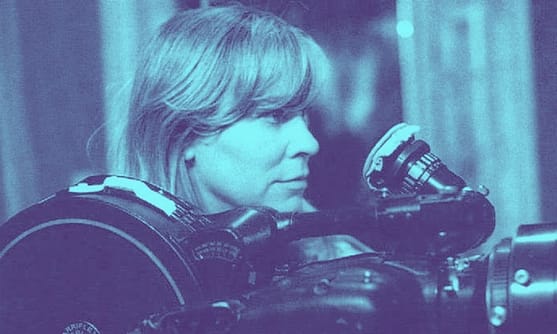 Margharethe Von Trotta was part of the New German Cinema together with Wim Wenders or Werner Herzog. “The old film is dead. We believe in the new one,” declared a group of young, radical West German filmmakers in the 1962 Oberhausen Manifesto. With the signing of this brief and fervid manifesto, the New German Cinema was born. In their mission to create a new insightful film language, the young German filmmakers reflected their own (often leftist) political stances and radically confronted contemporary issues in their work. As reported in a 1977 New York Times article, most of the movement’s films were commercial failures and “were greeted with apathy by the German public.” Thus, New German Cinema never truthfully met its demands or gained the attention it deserved.

The less known fact is that during 70s and 80s also arose frauenfilm. Basically female directors produced movies with female characters for women audience. There were three directors but only Von Trotta remained active till now a days.

She began her work as collaborator with her husband but that wasn´t enough for her. In 1977, von Trotta began her career as a writer- director with The Second Awakening of Crista Klages. All of her work as a director is centred on female characters attempting to understand an act upon their environment. Von Trotta is interesting in her attempt to find a narrative style suitable to her work as an artist, a feminist, and a woman. As a result, her work is highly political in subject matter, and when compared to the dominant male approach to narrative and to editing choices, von Trotta appears to be searching for alternatives, particularly in narrative decisions. The power of mass media, historical events, radicalisation and women’s rights pre-#MeToo have all been visible elements in her films since the politically turbulent 1970s.

In her films she often depicts biopic of famous female leaders who try to succeed in man´s world and touches into politics. Biopic movies are very often created for success however with frauenfilm its purpose is to look into experiences of real woman and self- reflective element of their bodies. Underlining theme of her movies is strong main character´s voice and how her surrounding tries to silence her.

Another spectacular aspect of von Trotta movies is her objectivity in depicting emotions. Usually director overuse power of emotions so the audience can connect with the character. However von Trotta uses emotions only to the degree when its needed and then she lets the viewer to find his own way to the story.

In the generation that preceded von Trotta, few female directors worked. Two Italians who captured international attention were Lina Wermuller and Liliana Cavani. Wermuller embraced a satiric style that did not stand out as the work of a woman. Her work centred on male central characters, and in terms of subject – male – female- relationships, class conflicts, regional conflicts – her point of view usually reflected that of the Italian male.

Liliana Cavani did make films with female central characters, but her operatic style owed more to Luchino Viscontithan to a feminist sensibility.

Although generalization has its dangers, a number of observations about contemporary narrative style set von Trotta´s work in context in another way. There is little question that film making is a male- dominated art form and industry, and there is little question that film narratives unfold in a pattern that implies cause and effect. The result is an editing pattern that tries to clarify narrative causation and create emotion from characters efforts to resolve their problems.

This is how is considered the work of Margarethe von Trotta. It´s not so much that she reacted against the classic narrative conventions. Instead , she tried to reach her audience using an approach suitable to her goals, and these goals seem to be very different from those of male- dominated narrative conventions.

It may be useful to try to construct a feminist narrative model that does not conform to classic conventions, but rather has different goals and adopts different means.  According to book “Women´s Way of Knowing: The Development of Self, Voice and Mind” suggests that women “that are less inclined to see themselves as separate from the “theys” than are the men, may also be accounted for by women´s rootedness in a sense of connection and men´s emphasis on separation and autonomy.” The search for connectedness and the articulation of the limits of individual efforts and opinions can be worked into an interpretation of von Trotta work.

Von Trotta was a real pioneer in terms of style she brought to the cinema. She walked down the path for us future female filmmakers. Her biggest contribution to the cinemas was definitely her energy to keep on going with filmmaking even when the times were tough and her movies weren´t accepted by huge audiences but she kept creating projects she trusted herself.